Robert M. Kimmitt is Senior International Counsel at the law firm of WilmerHale.

Both in government and the private sector, Ambassador Kimmitt has held a wide variety of senior positions at the intersection of international business, finance, law, and policy.  From 2005-2009, he served as Deputy Secretary of the U.S. Treasury, where he had significant responsibility for the Department’s international agenda, including his leadership role on the Committee on Foreign Investment in the United States (CFIUS) and as lead U.S. negotiator for the International Compact with Iraq.

Earlier, he was American Ambassador to Germany from 1991-1993; Under Secretary of State for Political Affairs from 1989-1991; and General Counsel to the U.S. Treasury from 1985-1987.  He also served in the Reagan White House as National Security Council Executive Secretary and General Counsel from 1983-1985, with the rank of Deputy Assistant to the President for National Security Affairs.

In addition to his government service, Ambassador Kimmitt served as Executive Vice President, Global Public Policy, at Time Warner from 2001-2005.  Prior to that, he was Vice Chairman and President of Commerce One, a Silicon Valley software company.  He was a partner at Wilmer, Cutler & Pickering from 1997-2000, a managing director of Lehman Brothers from 1993-1997, and a partner in the law firm of Sidley & Austin from 1987-1989.

Ambassador Kimmitt graduated with distinction from the United States Military Academy at West Point in 1969. He served in combat with the 173rd Airborne Brigade in Vietnam from 1970-1971, earning three Bronze Star Medals, the Purple Heart, the Air Medal, and the Vietnamese Cross of Gallantry.  He retired as a Major General in the Army Reserve.  During 1997 Mr. Kimmitt was a member of the National Defense Panel, and from 1998-2005 he was a member of the Director of Central Intelligence’s National Security Advisory Panel. He also served as a member of the Panel of Arbitrators of the World Bank’s International Centre for the Settlement of Investment Disputes.

Ambassador Kimmitt received his law degree from Georgetown University in 1977, where he was Editor in Chief of Law & Policy in International Business.  From 1977-1978, he served as law clerk to Judge Edward A. Tamm of the U.S. Court of Appeals for the D.C. Circuit.  He was awarded an honorary Doctor of Humane Letters degree by Marymount University in 2009; the Distinguished Graduate Award from West Point in 2010; and the Outstanding Alumnus Award of the U.S. Army War College in 2015. 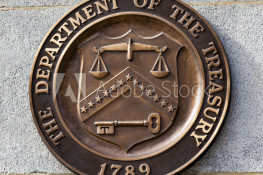 The Story of Jason Rezaian and the Iran Hostage Negotiation

The concept of national security has broadened considerably since the early decades of the National...