In litigation, experience is key. Mike Hurst optimizes his in-depth knowledge of the court system, investigative and prosecutorial agencies, the regulatory arena, and the public policy realm to help clients facing government investigations, enforcement actions, regulatory matters, general litigation and policy issues. He was the U.S. Attorney for the Southern District of Mississippi from 2017-2021, and with over 20 years of experience before judges, juries and policy makers, handling some of the largest and most high-profile cases in Mississippi, he's known for untangling the most complex legal issues.

Mike guides his clients through all phases of litigation on a range of issues involving:

As U.S. Attorney, Mike was described as a “hard charger,” leading efforts to combat violent crime, human trafficking and public corruption, among many other issues, throughout Mississippi. He almost tripled prosecutions in the U.S. Attorney’s Office over a three-year period, resulting in the most indictments and federal defendants indicted in a one-year period in Mississippi history. He created innovative and national award-winning crime-fighting solutions, like “Project EJECT,” and he established the first statewide, multilevel and multidisciplinary human trafficking body, the Mississippi Human Trafficking Council, to comprehensively and holistically address this criminal scourge.

Mike’s no show pony – he’s a work horse. Before his tenure as U.S. Attorney, Mike was an Assistant U.S. Attorney for the Southern District of Mississippi for more than eight years. He handled some of the most difficult and complex cases in that office, dealing with white collar crimes, public corruption and financial fraud, including numerous jury trials before almost every federal judge in the Southern District.

He also has experience in the private sector. He has practiced law in Washington, D.C., and more recently served as a litigator and general counsel for a nonprofit. He also has extensive experience in public policy, having served as the Legislative Director to a U.S. Congressman and as Counsel to the House Judiciary Committee.

He has worked on all sides of the legal, regulatory, investigative, prosecutorial and policy spectrum. The incredible insight gained from this varied experience enables him to find a path forward for clients, no matter how complicated the case. 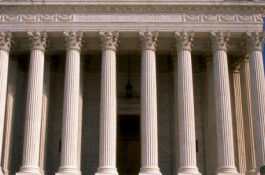 Administrative Duties in the Office of U.S. Attorney

Litigating for Liberty: the Constitutional Protection of the Right to Earn a Living

Is the Long Arm of the Law Shrinking? Geographic Boundaries for the Approval of Wiretaps and Bugs and the Shifting Jurisdictional Reach of Federal Judges to Authorize Electronic Surveillance

Recent court decisions from around the country are raising serious questions as to the potential...

Chaidez v. United States and the Non-Retroactivity of New Rules in Criminal Law

Note from the Editor: This article is about the Supreme Court’s 2013 decision in Chaidez v....