Josh Chafetz received his B.A. from Yale University, his doctorate in Politics from Oxford (where he studied as a Rhodes Scholar), and his J.D. from Yale Law School. Following law school, he clerked for Judge Guido Calabresi of the United States Court of Appeals for the Second Circuit.

His research interests include structural constitutional law, American and British constitutional history, legislation and legislative procedure, American political development, and the intersection of law and politics. His second book, Congress's Constitution: Legislative Authority and the Separation of Powers, was published by Yale University Press in 2017. He is also the author of Democracy's Privileged Few: Legislative Privilege and Democratic Norms in the British and American Constitutions (Yale University Press, 2007) and is a co-editor (along with William N. Eskridge, Jr., Elizabeth Garrett, and James Brudney) of the leading casebook in Legislation, Cases and Materials on Legislation and Regulation: Statutes and the Creation of Public Policy, published by West.

His scholarship has been published in a number of top law reviews, including the Harvard Law Review, Yale Law Journal, University of Chicago Law Review, University of Pennsylvania Law Review, Duke Law Journal, Notre Dame Law Review, and Yale Journal of Law & the Humanities, among others. He has also written for a number of popular press outlets, including the New York Times, the Washington Post, Politico, Slate, and the New Republic. He is currently a Contributing Writer for the Capitol Hill newspaper The Hill. 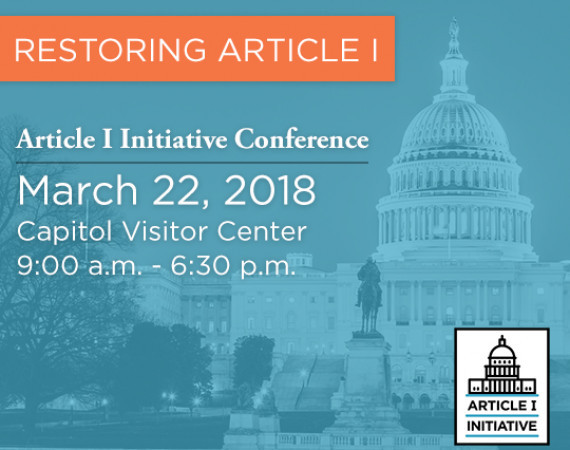 Does Congress Have the Power to Subpoena Executive Branch Officials?

The final episode of our six part series highlighting panels and speeches from our March Conference...

In both the House and the Senate, it has become extremely difficult to build consensus,...