With a practice at the intersection of law, economics, domestic politics and international relations, John Herrmann represents clients before all U.S. trade agencies.  He counsels U.S. producers of steel, metal, chemical and agricultural products in antidumping and countervailing duty proceedings, and represents clients in major litigation arising from such proceedings. Mr. Herrmann advises on customs-related matters such as classification, duty drawback and civil penalty issues. Mr. Herrmann also counsels clients regarding export control and sanctions-related issues, as well as the preparation and implementation of internal compliance policies and procedures.

Mr. Herrmann returned to Kelley Drye in 2009 following service in the administration of President George W. Bush, including work at the White House on the National Security Council staff. Mr. Herrmann worked as the Special Assistant to the President and Senior Director for International Trade, Energy and Environment. In that position, he was responsible for advising the President on international trade and investment issues and for the international aspects of energy and environmental policy.

At the White House, Mr. Herrmann’s work on key issues included the WTO Doha Round negotiations, efforts to conclude and secure Congressional approval of free trade agreements, overseeing activities of the President’s Interagency Working Group on Import Safety and representing the National Security Council at meetings of the Committee on Foreign Investment in the United States (CFIUS). Mr. Herrmann was also involved in export control and sanctions issues and preparing for meetings of the cabinet-level U.S.-E.U. Transatlantic Economic Council, the U.S.-India Economic Dialogue and CEO Forum, and the U.S.-China Strategic Economic Dialogue, including preparation for the November 2008 G-20 financial summit. Mr. Herrmann was one of only a handful of senior National Security Council staff asked to carryover with the administration of President Barack H. Obama to assist on transition activities.

In addition, Mr. Herrmann served as a senior advisor to the Assistant Secretary of Commerce for Import Administration at the U.S. Department of Commerce, where he advised the Assistant Secretary on issues raised in antidumping, countervailing duty and textile-related proceedings and policy matters before the agency. Mr. Herrmann also worked as a law clerk to former Chief Judge Gregory W. Carman at the United States Court of International Trade, as well as a legal intern to the Chairman of the U.S. International Trade Commission. He began his career at the White House as the Executive Assistant to the Assistant to the President for Economic and Domestic Policy. 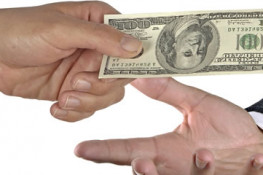 Chapters 11 and 19 of the North American Free Trade Agreement (NAFTA) provide for international...