Eliot has served as first chair in more than a dozen jury trials and arbitrations and defended clients under investigation by federal and state regulators. Eliot, who is a native Spanish speaker, has in-depth knowledge of Latin American law and recently completed a term as the Senate-confirmed Executive Director of the Inter-American Development Bank (IDB), the largest source of development finance for Latin America and the Caribbean.

Prior to joining Jones Day, Eliot successfully represented clients from around the world, including a German medical device manufacturer, an Israeli software company, the largest sugar producer in Nicaragua, a Spanish language radio station and media company regarding broadcast rights for Mexican soccer matches in the United States, a music company in litigation regarding the sale of a salsa music catalog, a financial services firm in an action alleging improper handling of credit card transactions, and a tobacco company in individual Florida Engle cases.

Eliot has been committed to providing pro bono legal services throughout his career, including representing human trafficking victims, an unaccompanied minor seeking asylum, and a First Amendment challenge to the Florida High School Athletic Association's decision to prohibit use of a stadium loudspeaker for a prayer at a high school football championship game between two private, Christian schools. 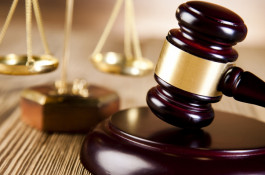