Britt Whitesell Biles is a trial lawyer and a partner in the Business Litigation Group. Resident in the firm’s Washington, D.C. office, Britt has extensive experience at the highest levels of the federal government, having served in senior legal roles at the U.S. Securities and Exchange Commission (SEC), the White House, and the U.S. Small Business Administration (SBA). She has nearly two decades of experience representing and advising clients in high-stakes government investigations and bet-the-company litigation.

Most recently, Britt served as the General Counsel of the SBA. She was appointed in 2020 to manage the immense and unprecedented legal needs that arose from the SBA’s role as a lead agency in the federal government’s economic response to COVID-19; the Agency was under intense pressure to implement and administer trillion-dollar loan and grant programs established by the CARES Act and faced unparalleled levels of scrutiny from Congress, the media, and the public.  As the SBA’s chief legal officer and third-highest-ranking official, Britt led the SBA’s legal function, managing 140 lawyers and staff across the country.

Britt was the principal legal advisor to the Administrator on the CARES Act and related legislation. She supervised the drafting of regulations and guidance that implemented the Paycheck Protection Program and designed key aspects of the loan review and forgiveness process. She worked closely with senior officials across the federal government to establish data-sharing and cooperation agreements to facilitate the investigation and prosecution of fraud and abuse in the COVID-19 loan and grant programs. Britt oversaw the litigation of cases arising under the CARES Act and devised the SBA’s strategy for responding to oversight, audits, and inquiries. She regularly counseled senior Agency officials in connection with Congressional testimony and briefings, including before the House Committee on Oversight and Reform, the House and Senate Small Business Committees, the House Financial Services Committee, and the House Select Subcommittee on the Coronavirus Crisis. In addition to acting as a legal advisor, Britt performed a crisis management role, advising the SBA on its communications strategy and engagement with external stakeholders. Britt, along with her staff in the Office of General Counsel, received the 2020 Administrator’s Award for Outstanding Achievement.

Before she was appointed General Counsel of the SBA, Britt served as a Special Assistant to the President and Associate White House Counsel.  During her tenure at the White House, she provided legal advice on financial regulation and reform, consumer protection, privacy, transportation, and congressional oversight matters. She also was the White House’s legal liaison to the Departments of Treasury, Transportation, and Housing and Urban Development, as well as independent financial services and consumer protection agencies, including the SEC, the Federal Trade Commission (FTC), and the Consumer Financial Protection Bureau.

During her time at the SEC, Britt investigated and litigated many of the Commission’s most significant cases. In 2017, she received the Chairman’s Award for Excellence for leading the litigation in SEC v. Hong, a ground-breaking case in which Chinese nationals were charged with insider trading in connection with a cyber-attack on two New York law firms.  The case received international attention because it demonstrated the reach of the SEC’s enforcement program as the SEC recovered illegal trading profits from foreign defendants who lived abroad and carried out their illegal scheme without entering the United States. Britt also twice received the Division of Enforcement Director’s Award for making outstanding contributions to the enforcement of the federal securities laws — in 2015, for her work on an $80-million-variable-annuity-fraud case, and again in 2016, for her work on a conflict-of-interest case against one of the world’s largest asset managers and its chief compliance officer.

In addition to serving in senior legal roles in the federal government, Britt was a partner at a global law firm and a Washington, D.C. litigation boutique. She represented high-profile individuals and public and private companies in the financial services, healthcare, pharmaceutical, defense, communications, government contracting, technology, manufacturing, and entertainment industries. She defended clients in investigations and enforcement matters by Congress, the DOJ, the SEC, the FTC, the Federal Deposit Insurance Corporation, and various state attorneys general. She also represented clients in commercial litigation, including securities, contract, cybersecurity, data privacy, defamation, consumer protection, unfair competition, professional liability, environmental, and product liability cases.  An experienced trial lawyer, Britt litigated in state and federal courts nationwide. She presented cases to arbitrators and mediators.  Britt also was a lecturing fellow at Duke University School of Law, teaching a course on electronic discovery. 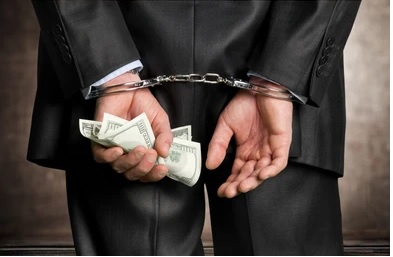