With the announcement of President Trump’s executive order revoking automatic citizenship for American-born children of illegal immigrants, the issue of jus solis has returned to the national debate. In a 2015 teleforum podcast, Professors John Eastman and Yoo debated the constitutionality and merits of the issue. Both law professors agreed that the correct interpretation of birthright citizenship hinges on the original public meaning of the second (“Citizenship”) clause of the 14th Amendment, which reads “All persons born or naturalized in the United States, and subject to the jurisdiction thereof, are citizens of the United States and of the State wherein they reside.”

Professor Yoo’s stance is that the issue was rendered moot in U.S. v. Wong Kim Ark (1898), and that the most straightforward reading of the text is clear: all people born within the borders of the United States, with the exception of the children of diplomats or invading hostiles, are citizens.

On the other hand, Professor Eastman’s claim is that there were two meanings of “being subject to the jurisdiction thereof” of the nation in 1868, and still are today:

1) a complete, full jurisdiction or “allegiance owing” one, which covers all citizens within America’s borders, and

2) a “partial” jurisdiction enjoyed by those within the United States temporarily and who are citizens of some other state (i.e., a British tourist can’t vote, serve on a jury, be drafted into the Armed Forces, or be tried for treason).

Under that second meaning, children of non-legal residents, whether they entered the country without permission or overstayed their visas, should not be granted citizenship.

Click here or below to listen to the Birthright Citizenship Podcast.

Transcribed quotes from the speakers:

"Obviously when it comes to immigration policy we may have to do more to secure our borders, make sure that we control our territory--that is a definition of sovereignty--but on the otherhand I think that a generous immigration policy is one of the things that makes America exceptional. I think one of the reasons we have this debate is because the American rule is such unusual rule. Many other countries, those particularly in Europe, at the time of the Constitution and since followed the different rule--the Roman law called jus sanguinis, the idea that citizenship comes from blood, from the citizenship of your parents--and the United States follows a very different rule, the jus soli, the birthplace determines citizenship. And I think there are a lot of things that go into making America an exceptional country in the world, and this I think is one of them and I don't see why this late date after history and tradition there is such a big urge to overturn what I think is actually a distinctively American rule."

"If John agrees with me that this particular issue, that whether the children of illegal immigrants are automatically citizens was not discussed at all other than by way of analogy in the 14th Amendment debate, should we assume that the 14th Amendment actually closes the door on such a fundamental policy dispute? That Article I of the Constitution otherwise gives plenary power to Congress over? Normally we don't assume such things by silence and so if we agree that there is silence on the particular question before us, do children of illegal immigrants get automatic citizenship by virtue of this clause of the 14th Amendment that was drafted when they were not contemplating that issue, then I think the better course is to leave it an open question subject to the policy judgment of Congress where we otherwise assign that core responsibility to determine naturalization and citizenship policy." 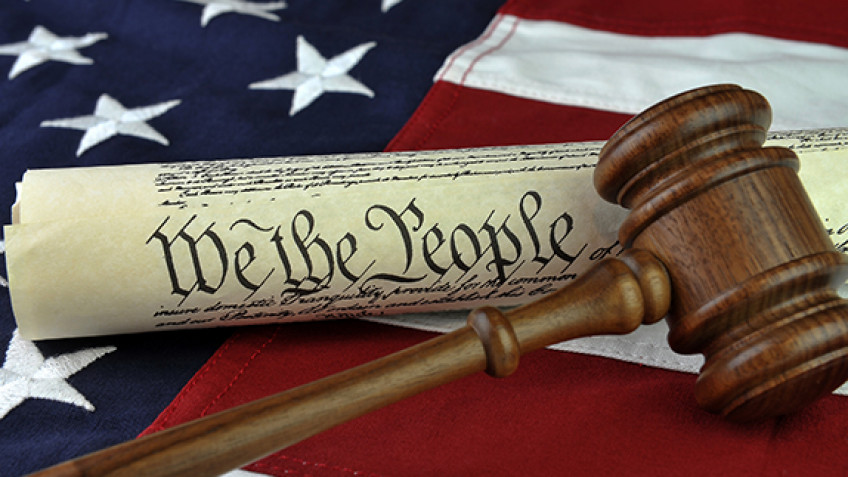