In late December, the Federal Aviation Administration released several new rules and policies for commercial drone operators. Like any aviation regulations, they are cautious and incremental and at times complex or vague. That said, they represent a major improvement over the existing rules in that they routinize long-distance commercial drone operations, like package delivery, medical delivery, and utility line inspections.

In 2017, the White House and the FAA initiated the drone Integration Pilot Program—about 10 designated public-private partnerships around the country for the testing of advanced drone services like utility line inspection, medical deliveries, and public safety response. To date, however, long-distance drone regulations have been restrictive, and thus long-distance drone operations have been largely limited to those companies that had the time, money, and patience to obtain regulatory waivers from the FAA.

That will change in 2021. Prior to the new rules, drone operators were generally prohibited from flying at night or flying above people or moving vehicles. Since most long-distance services require flying over populated areas and roadways occasionally, these restrictions kept the pilot programs limited in scope. The pilot programs gave operators and the FAA confidence that they could allow more freedom of flight. The new rules, therefore, provide a process to allow flights at night and in populated areas, with heavier drones facing more restrictions than smaller, lighter drones.

The FAA also released its new “Remote ID” rules in late December. Remote ID is the drone equivalent of a license plate. Just as police and the public are able to identify cars in case of an accident or illegal behavior, police and the public need to be able to identify drones. The Remote ID rules require most drones to “broadcast”—typically via a WiFi or Bluetooth signal—basic information about the drone so that it can be identified and the operators reached if necessary.

Both of these recent developments—liberalized rules for long-distance operations and Remote ID rules—give drone manufacturers and operators in the U.S. needed clarity about the future of policy. Operators can begin to test their services and seek funding and consumers; industrial and healthcare customers will be able to see new applications and services.

One major regulatory question remains: What is the state and local role in regulating drone operations? Unlike planes and helicopters, drones typically fly in the “surface airspace” close to the earth, which raises issues of trespass, nuisance, and government takings. Many states are enacting drone laws, including some funding for drone operations, like North Dakota’s funding and construction of a drone traffic management system. It’s unclear how federal and state transportation authorities will share responsibilities, and there is resistance on both sides to ceding authority to the other.

I’ve written about the legal issues surrounding surface airspace and drones. Based on the legal history of surface airspace, which courts treat much like real property, I believe a cooperative federalism framework will be needed. Litigation over airspace regulation has already commenced, as drone operators sued Texas in NPPA v. McCraw after the legislature created drone no-fly zones above sensitive locations like schools and jails. In November 2020, a federal district court dismissed with prejudice the claims of operators that only the federal government can regulate surface airspace use. Congress has explored the issue but not settled it. My colleague Adam Thierer and I interviewed Sen. Mike Lee for the Federalist Society about his 2019 drone bill. The bill would recognize the property interests of states, cities, and residents when it comes to drone overflights.

Until those federalism questions are answered, many large and small drone companies will have difficulty designing business plans and attracting investors. The Government Accountability Office noted in a September 2020 report that the U.S. Department of Transportation and U.S. Department of Justice are formulating the federal government’s stance towards drone federalism. Hopefully that report comes out soon; it would be a nice complement to the FAA’s new drone rules that authorize more—and more complex—commercial drone operations. 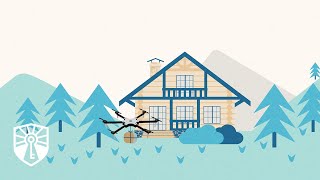 Short Videos
Brent Skorup
Washington or the States: Who Has the Authority to Regulate Commercial Drone Flights? July 15, 2020