Seth Bloom is the President and Founder of Bloom Strategic Counsel PLLC. Mr. Bloom, the former long-time General Counsel of the U.S. Senate Antitrust Subcommittee, is an attorney with extensive governmental and private sector experience in antitrust and competition law.  He possesses substantial experience with the critical regulatory and competition issues facing key industries including telecommunications, media, Internet, and high tech; transportation and aviation; and health care.

Mr. Bloom has represented leading companies in these and other vital industries.  These clients have included Comcast, Amazon, Aetna, MillerCoors LLC, Microsoft, Sprint, Masimo, Yelp, the American Association of Independent Music (A2IM), and the American Hotel and Lodging Association.   Since founding his firm in 2013, Mr. Bloom has quickly become one of the leading Washington attorneys representing companies in large and complex merger transaction, particularly before Congress.  He has represented MillerCoors LCC in connection with the AB InBev/SABMiller merger; Aetna in connection with its proposed merger with Humana;  Pfizer in connection with its proposed merger with Allergan; and Comcast in connection with its proposed merger with Time Warner Cable.  Beyond his work for major companies involved in mergers and acquisitions, Mr. Bloom has represented Yelp on Internet competition issues, the medical device manufacturer Masimo with respect to its efforts to bring greater competition to hospital purchasing of medical devices; Microsoft on competition, and patent reform issues; Sprint on competition and telecom regulatory issues; and A2IM on copyright reform, music licensing and competition issues, among other matters.  In July 2013, Mr. Bloom was named to the Advisory Board of the American Antitrust Institute.

Mr. Bloom was responsible for numerous critical antitrust and competition issues that came before the Antitrust Subcommittee during his tenure, from the AOL/Time Warner merger in 2000 to the Comcast/NBC Universal merger in 2010 and the proposed AT&T/T-Mobile merger in 2011. Antitrust Subcommittee Chairman Kohl’s opposition to the proposed AT&T/T-Mobile merger was a key factor leading to the merger being blocked by the Justice Department and the FCC. Mr. Bloom was also the senior staffer on several landmark Antitrust Subcommittee investigations, including its 2011 investigation of allegations that Google was engaged in antitrust competitive conduct with respect to Internet search and its 2002-2004 of allegations of anticompetitive conduct in hospital purchasing of medical supplies. During his time on the antitrust subcommittee, Mr. Bloom investigated competitive conditions in numerous key industries, including telecom, high tech, media, aviation, health care, energy, and agriculture.

Mr. Bloom also was the staffer responsible for a number of significant legislative efforts sponsored by Senator Kohl, including the Railroad Antitrust Enforcement Act, the Preserve Affordable Access to Generic Drugs Act, the Discount Pricing Consumer Protection Act, and the No Oil Producing and Exporting Cartels Act (NOPEC). Each of these legislative efforts passed the Senate Judiciary Committee in several different Congresses.

Mr. Bloom has also been frequently been called on to serve as an expert speaker on critical issues of antitrust, competition, telecom, high tech, and health care policy to numerous trade, industry and legal groups, including the American Bar Association Antitrust Section, the American Antitrust Institute, the National Cable and Telecommunications Association, the Georgetown University Law Center, and the conference of Western Attorneys General, among other organizations.   He has also been quoted frequently in the press regarding critical antitrust and competition policy issues, including in the Wall Street Journal, Washington Post, CNBC, Reuters, FTC Watch, and National Public Radio. 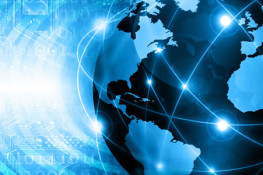 Many are noting an increased use of antitrust enforcement by foreign governments, particularly in Asia,...

Many are noting an increased use of antitrust enforcement by foreign governments, particularly in Asia,...

Some antitrust lawyers often say the federal government’s decisions about which mergers to challenge, which...