Jill Fisch is an internationally known scholar, whose work focuses on the intersection of business and law, including the role of regulation and litigation in addressing limitations in the disciplinary power of the capital markets. Her work, which consists of more than 50 scholarly articles, has appeared in the top law reviews including the Harvard Law Review, the Yale Law Journal and the University of Pennsylvania Law Review. Current projects include the regulation of mutual funds, an empirical analysis of securities arbitration, and a reconceptualization of the structure of private securities fraud litigation. Recently Fisch traveled to China to meet with Chinese regulators and to lecture on regulatory issues resulting from the globalization of the capital markets. She received the Robert A. Gorman Award for Excellence in Teaching in 2010-2011.

Fisch is a member of the American Law Institute and a former chair of the Committee on Corporation Law of the Association of the Bar of the City of New York.

The Role of States in Corporate Governance 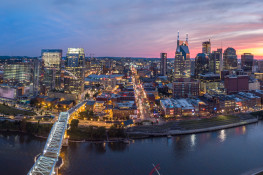 This debate was part of the 17th Annual Federalist Society Faculty Conference held on January...

This debate was part of the 17th Annual Federalist Society Faculty Conference held on January...